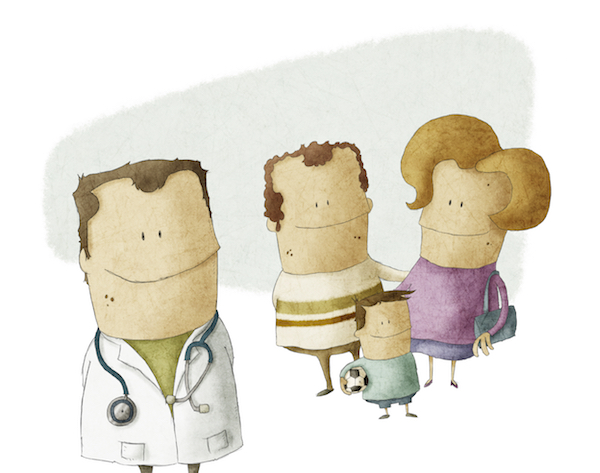 You know that the relationship between doctor and patient is one of the most personal, intentional, and intimate professional relationships that can exist in today’s increasingly impersonal, disconnected world.

And every single touch-point of your messaging and marketing must reflect this relationship of trust: with the articles and social media posts you write and especially with every email message you send.

Values-Based Marketing and the Aligned Doctor

This approach is common sense. And yet, all around you, doctors are regularly sold marketing tactics that mimic used car sales: to most traditional mass-marketers, doctors are “handled” like a product that must be packaged and hustled — like just another bottle of pills.

This is “The Commoditized Doctor” 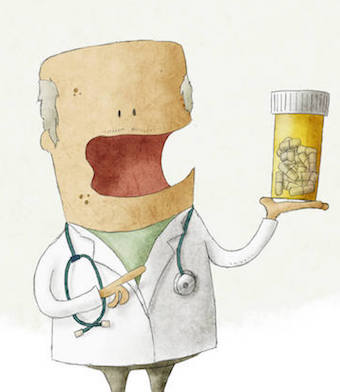 Doctors who buy into this dangerous mass-marketing mythology become just one more doctor commodity. They become virtually indistinguishable from all the other air-brushed mini-celebrity doctors who roll down the marketing machine conveyer belt to a Dr. Oz appearance and Woman’s Day interview — only to be dropped off that conveyer belt and replaced with another airbrushed persona spewing the latest pop-health pablum.

You know them when you see them: these are the doctors of dubious repute clogging your email spam box this very moment with “exciting one-time” offers for “free” supplements.

If you’ve ever struggled to do the marketing for your practice or for your web site without coming across as a smarmy salesperson, then please consider the tale of Dr. Janet.

Of course, Dr. Janet didn’t plan on becoming one of those marketers. She was a good doctor, and, at first, her intentions were good as well: deliver quality content to her small but growing email list. Maybe she’d develop an information product, or two. Maybe later, she’d dabble in a few supplement products. Her first information product sold so well, she caught the attention of a big publisher — and even though the book marketing campaign almost killed her (and nearly destroyed her email list), her first book was a hit.

But what really caught Dr. Janet off guard was the emotional overhead . . .

With success, people suddenly expected more from her: her publisher wanted another book, and wanted her to push her first book in paperback to her list; her peers were coming out of the woodwork asking her to sell their books, and supplements, and products. She could send sales emails every day, and never run out. 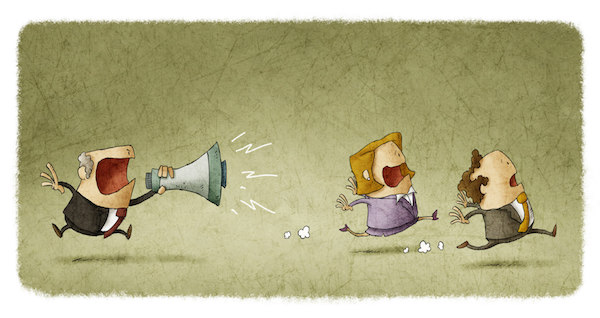 Which is what she did: very soon, all of Dr. Janet’s emails were selling stuff. She hired some fancy marketers promising tactics to grow her list and get her site “more traffic” and that’s just what they did. Soon, her list passed 200,000 people, and she was indeed getting lots of traffic.

The problem was she wasn’t selling any more of her product than when she was smaller. And in fact, her email list began ignoring her emails in major numbers. What was wrong?

Without knowing it, Dr. Janet had become a commodity and embraced Scorched Earth Marketing.

I’m here to help you avoid this fate, and if you’ve ever struggled to market yourself with integrity and transparency, you’ll want to consider Dr. Karen’s example. 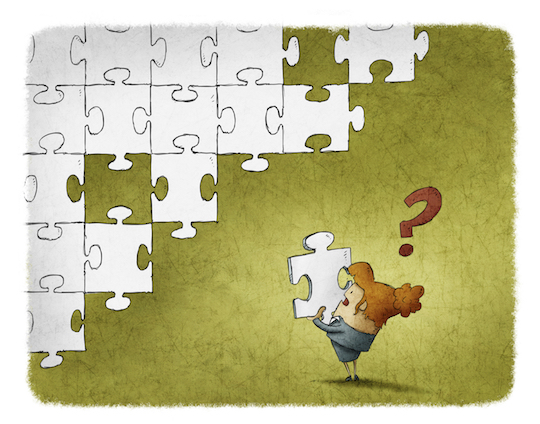 Unlike Dr. Janet, Dr. Karen has carefully built and nurtured a highly responsive email list by staying aligned with her values, and aligned with the needs of those individuals on her list. And her care is reflected by their level of engagement. In fact, three years into her writing relationship with them, her “tribe” still regularly open and read her emails at an unheard of 80% or more. Scorched Earth marketers regularly want to know her secret.

Her secret? Dr. Karen has Aligned her values with her Marketing by following Sustainably-Evergreen Marketing Principles.

Instinctively, Dr. Karen knew she had to avoid Scorched Earth tactics. She’d seen how those tactics were regularly undermining and even destroying the reputations of her fellow practitioners. She wanted her message to be taken seriously — not necessarily by everyone, but by the right people — her tribe, the people who mattered most to her.

How to Avoid The Commodity Doctor Treadmill

Over the years, these have become the saddest of prospective doctor-client calls I receive: The great practitioner who realizes only too late that they’ve backed themselves into a marketing corner: their list ignores their emails, people think they’re a spammy marketer and worst of all, those who matter most are ignoring their message.

These doctors are sometimes brilliant clinicians with revolutionary ideas that can save lives — but they’ve entrusted their marketing to Scorched Earth mass-marketing charlatans.

Now, doctors caught on this treadmill will tell me they don’t want to have to market this way, and they will claim they want to be more Aligned with their values. And I’ll show them the path to Alignment. Not all will take that path, because once you’re running at full speed on that treadmill, it’s simply too difficult to step off.

Here’s the solution: Don’t step on that Scorched Earth treadmill in the first place.

You can escape this fate in only one way: by remaining aligned with the same values and principles that brought you to the practice of medicine in the first place. And it is my mission and passion in life to help you do just that.

How does the doctor stay aligned? You focus on Core Principles of relationship building.  You avoid chasing Scorched Earth tactics until you understand the foundational principles of the Sustainably Evergreen-Aligned doctor.

Trap One: Seeking Attention rather than Earning Authority

With Scorched Earth, you generate lots of noise to get in front of as many people as possible — anybody, anywhere — regardless of whether they need, know, or trust you. Use hype, tricks, and manipulation to get as many people “on your list” as possible.

The priority of every communication is an immediate sale – always at the expense of alienating the majority. Big list, high “churn and burn” rate, low conversion rates.

Instead, Earn Authority the Sustainably Evergreen way by generating affinity, resonance, and warmth with the right people, people who get you. The big-enough list, low attrition, high and consistent conversion rates.

Trap Two: Trying to Speak to Everyone rather than To The One

With Scorched Earth, you must resort to low-value generalized messaging — watering down your message so that it will likely appeal to the greatest number of people.

When Aligned with Sustainably Evergreen, you actively filter, so you don’t attract those who are not motivated or interested in your very focused message. You can now provide in-depth, high-value information because you can be specific and take into account many of your audience’s personal circumstances, challenges, and needs.

Trap Three: Hype rather than Truth

With Scorched Earth, because you are providing a general solution for this undifferentiated group of people, it is guaranteed not to work for lots of folks. To sell regardless, you have to over-promise and downplay the exceptions, so you don’t scare away people for whom your message is less resonant, which is hype.

When Aligned with Sustainably Evergreen, because you are providing a solution for a specific, well-defined group of people, it is very likely to work in most cases. Your sales copy can be very compelling just by being truthful because you are not afraid to scare away the people for whom this is not a great solution.

With Scorched Earth, you’re constantly chasing the latest “shiny object” tactics and tools in hope something “works” to grab some attention.

The Aligned Doctor knows that tactics alone are the fastest way to fail at business, and they create instead constant strategic value while consistently generating even greater value by listening and responding to their very engaged audience.

Trap Five: Transactions rather than Relationships

Scorched Earth marketers have to churn through large numbers of people because they only will “convert” a few of these into customers, and even fewer purchase more than once. Now, you’ll naturally focus more on getting a small percentage of improvement in your results by focusing on executing tactics well, which places more emphasis on the tactics and the statistics than on the people, which is a horrible way to do business.

Aligned principles work because the goal is to attract only the best-matched readers who will be become raving, loyal fans. Due to your aligned focus on only the right prospects, once you attract that faithful reader, you will convert a higher percentage of them into customers over a longer period. You will not need to focus so much on small incremental improvements in tactics. You will be free to focus on people and bigger picture strategy, which is a continuous virtuous loop of win-win for you and your audience.

The Sustainably Evergreen model counts on Evergreen marketing funnels with consistent and growing monthly sales growth with your very engaged audience, which is the kind of Sustained growth the Aligned Doctor naturally enjoys.

If you want to be able to look at yourself in the mirror after you’ve marketed yourself and your services, I’ve prepared a handy comparison chart below to help ensure you always stay on the Aligned side of the marketing equation, with Sustainably Evergreen Principles. And, stay tuned on this space — more Evergreen Marketing tips and strategies are on the way.

Please click on this link to open the PDF:

Ready to look at yourself in the mirror? Go get the PDF… 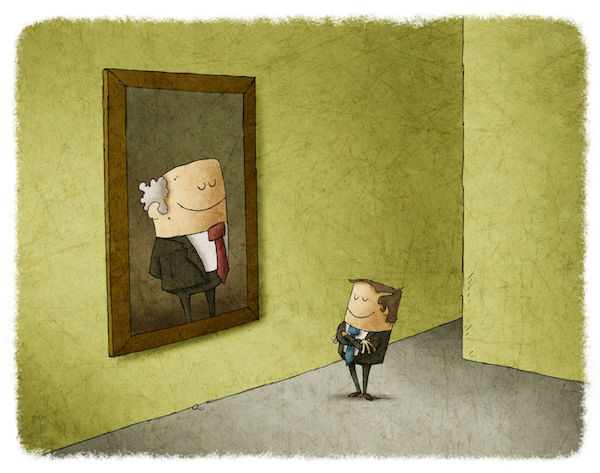