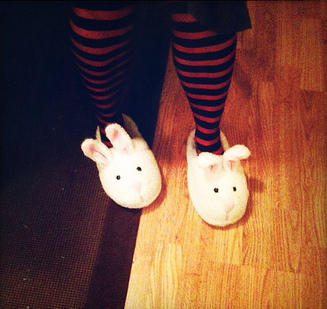 I usually ignore subject lines that try to pull me in with the shocking, and now cliched headline, “Your Favorite Online Tool is Dead!”

In the case of the demise of the traditional office job, however, there just might be something to back up such a sensational claim.

And, honestly, would we really be sad to see the time clock croak? Who doesn’t wish it were not so hard to fit their personal stuff in around their work schedule?  Wouldn’t it be great if you could customize your work schedule to fit your life? What would you do if you had to work 40 hours a week, but not necessarily in the office, and not necessarily from 9 to 5?

Well, according to a report recently released by an international group of think tanks involving CEOs, senior HR professionals and workplace decision makers, 4 out of 5 employees will be working “flexibly” within the next five years.

This is quite a claim, considering that from 1997 to 2009 the percentage of ‘flexible workers’ has been stuck right around 25%.

Flexible work includes both flexible time and flexible location. But, according to the Bureau of Labor Statistics 2009 American Time Use Survey, only about 24 percent of employed persons did some or all of their work at home in 2009.

So, why after 12+ years of no change, do these experts now predict that the the number of people with flexible work schedules will suddenly triple in just the next five years?”

The consensus among these thought leaders is that the upcoming generation of talent expects work to be flexible. Maybe we should call generation Y,  generation Y-erless. Wireless internet has given them remote access to their school work, information, and each other, from just about anywhere. So, why go to an office to do what you can do on your laptop or smart phone?

“Companies will rise and fall on based their ability to attract and retain the best talent. Combined with that is the increase in Generation Y workers entering the workforce who expect a flexible working life as standard. Organizations failing to adapt will lose out in the battle for the best people.” Kevin Eyres, Managing Director EMEA of LinkedIn

According to the report “not a single participant felt that his or her company was ‘there yet’ when it came to taking full advantage of flexible work.  And in the increasingly competitive global business economy, you can trust that every advantage will be explored. One participant revealed that through ‘right sizing’ her business in 2009 she saved $1.5m in payroll without cutting any jobs.

But the most interesting aspect of these findings to me is not ‘when’ or ‘where’ the work is done, but flexibility in ‘how’ the work is done. The think tank also factored in the use of freelancers, and contract employees in reaching their conclusions.

Their predictions underscore not only a trend towards flexible time and place, but unprecedented flexibility in a person’s ability to work on their own. More than ever before, you can make a living doing what you love without full time W2 employment at all.

So, if you are in an office right now, take a look around. According to some very bright business minds, more than half of the people you see around you may be dawning slippers to work from home by 2016.

What about you? If you could be working on your own terms, working from home, doing what you love, what would you be doing in 2016?